Does The Mystery Of Your Phobia Lie In Your Past Life? 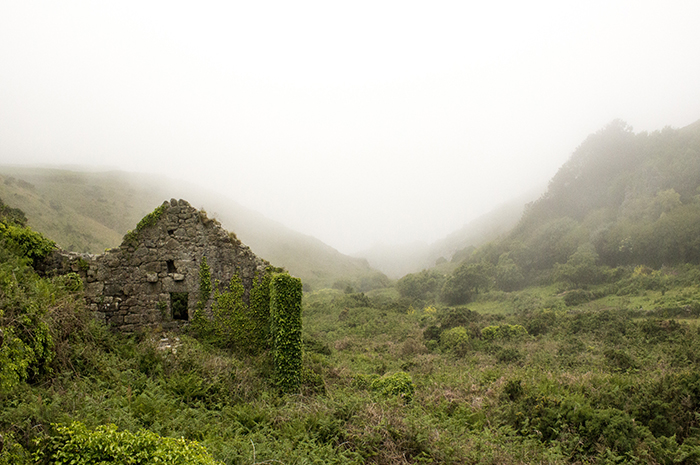 Many people have severe phobias that can prevent them from living a normal life. The origin of these phobias is not well understood, and their treatment has in general simply consisted of medication to dull the symptoms.

Our supraconsciousness is our ´store room´ for past experiences

However, among regression therapists such as Edith Fiore, Roger Woolger and Brian Weiss, it is clear that most phobias stem from traumatizing events in former lives. These events have been so dramatic that they have put severe impressions in the supraconsciousness of the person concerned. According to Martinus, the Danish visionary and mystic, everything we experience is stored in our supraconsciousness, which can be viewed as the ´storage room´ for all our experiences, talents and skills. Because our consciousness survives the death of the physical body, we take these experiences with us from one life to the next. Consequently we take very strong and traumatizing experiences with us into our subsequent incarnation, where these mental scars can play a major role and still affect us. They can give rise to severe phobias that can have a debilitating effect on our mental stability.

Go back to the cause of the suffering

To illustrate this let us take a look at an example from Brian Weiss´s book ´Many Lives, Many Masters´. His patient Catherine suffered from a whole range of psychological problems such as nervous fears, phobias, depressions, and nightmares. She had suffered from these symptoms all her life and was in her late twenties when she started therapy with Weiss. She was treated with traditional methods for a fairly long time without any results. One day, after eighteen months of weekly therapy sessions, Brian Weiss hypnotized Catherine and asked her to go back to the cause of her suffering. Catherine now described a life in the Middle East in which she saw herself wearing very different clothes, having different hair and another name. She described in detail how the landscape and houses looked, and she recounted several events from that life, which had ended, when she was drowned during a flood together with a baby who was forced from her arms by the strong current. After the dramatic experience of drowning, Catherine experienced floating above her body and she felt a great peace and bliss.

Brian Weiss’ first reaction to this session was shock and disbelief. His first conclusion was that Catherine must have dreamt or fantasized it. But after this session something extraordinary happened. Catherine’s symptoms began to improve dramatically. Already after this first ´past life´ session she started to feel much better. Her hydrophobia disappeared and her general wellbeing improved.

Brian Weiss knew that neither dreams nor fantasy could lead to such a fast cure. In subsequent sessions Catherine remembered several other former lives during hypnosis, and after some months she had been completely cured from her severe traumas without the use of any other type of therapy.

There is no doubt that regression therapy works and that it is one of the most effective ways of getting rid of traumas.

There was not enough

I have tried regression therapy myself and I have experienced how it can work. I was regressed by a therapist who had been trained by Roger Woolger.

What I wanted to explore through regression was a very bizarre behavior I had sometimes exhibited. It often happened when I had been working late that my husband had cooked dinner, which was then ready when I came home. I would take one look at the set table and start shouting and screaming that there was not enough food on the table. Why had he not cooked some more? Why were there so few potatoes? I would go completely ballistic and start to cry miserably. Now, this reaction was anything but logical, as there was always enough food (but not as much as I would normally cook – I always cooked way too much). The question was why did I always feel that there was not enough? This was quite impossible to explain, and as my reaction did nothing to create a happy atmosphere at the dinner table, I decided to explore my irrational behavior.

I was advised by the therapist to find a key phrase that summed up my distress around this issue. In my case the key phrase was “There is not enough”. I lay down on a mattress on the floor with my eyes closed and repeated the phrase several times. An image emerged: I saw myself standing in a derelict cottage. I was wearing a kind of dirty sack, my hair was long, unkempt and greasy, I was very thin, I had only very few teeth and I was filthy and miserable to look at. There was a kind of window through which I could see horse drawn carriages passing by, piled up with dead bodies. It seemed that some kind of plague was on. I looked around at my miserable surroundings and saw a ramshackle table and behind it an alcove in the wall. I knew that my husband had left in order to find work and food, but that was a long time ago, and I had had no news of him. In the meantime I had tended to our two children, a boy and a girl, who had eventually died in the alcove from either plague or starvation. My grief was unbearable and my situation was desperate: I had lost my children, my husband had gone, I had nothing to eat and no hope. Alone and in utter misery I eventually died. I experienced death as a great relief. I floated above my body and eventually entered a pleasant place with green pastures, where I sat down and looked at the beautiful surroundings. For a while I just sat there peacefully, but in the distance I suddenly saw two figures that came running eagerly towards me, waving their arms and exuding happiness. As they approached I could see that it was my two children looking very healthy and well. They came up to me, hugged me, kissed me, and telepathically they transmitted to me that everything was all right, they were not dead, all our worries were over, this was a place of plenty, life was beautiful and now was a time to rejoice and be happy.

I recognized my children

The vision faded then, but it triggered the strongest emotions I have ever experienced. I cried and sobbed in the most uncontrollable manner. (I still cry just thinking about it). I cried and cried while the therapist comforted me and gave me some pillows to hug. I sobbed desperately for close to half an hour and it took even longer for me to regain my composure.

The experience was so strong, not only because of all the pent up grief and sorrow that had been released, but also because I recognized my children. I recognized the girl as my daughter and the boy as my stepson in this life. I also had a very strong sensation that my husband in that miserable life was the man I’m married to today.

I was violently sick

After the therapy session I felt totally spent and extremely tired. I had to sit around for some time until I had pulled myself sufficiently together to be able to drive a car. I then went home and sat in the living room feeling miserable until I eventually went to bed without supper, as I was not hungry. During the night I started feeling ill, and I had the most violent diarrhea unlike any I had had before. This diarrhea was clearly not related to anything that I had eaten, as I had gone to bed on an empty stomach. I was convinced that it was related to the emotional upheaval I had experienced during my regression. After the evacuation I went back to sleep and when I woke up the next morning, I was fine. I felt relieved, as if I had been through some kind of catharsis. Subsequently I never made scenes around the dinner table and I never again had this feeling of there not being enough.

I know it was not a fantasy, because no fantasy can trigger such violent emotions. There was definitely more to it than that. As I see it, the ´reliving´ of these traumatic events caused the most painful part of the memory of them to be released. The release of the memories triggered the diarrhea through which the body and mind were relieved of the trauma. After the therapy session the trauma was definitely gone.

This may or may not be the way regression therapy works, but one thing is irrefutable: the effects of regression therapy are well documented and it has helped many patients get rid of life impairing symptoms, both physical and mental.

The origin of birthmarks

The traumatizing events from a former life are mostly mental scars, but they can also be physical scars, which the person is born with and whose origin has not been understood and are simply called ´birthmarks´. The physical scars will often be accompanied by physical pains in the area. But again, during regression therapy the person can go back to the event in which he was scarred, hurt or even killed. The reliving of the episode will in most cases cause the pains to diminish and the physical scar to fade.

Our traumas and birthmarks are clear signs that we have lived before, and if we are suffering from phobias, the best way to get rid of them is regression therapy. So if you have an irrational, debilitating phobia for which you can find no cure, nor reason why you have the phobia, perhaps you could consider consulting a qualified Regression Therapist. You might, like I was, be astonished at the results.

Else Byskov is a top authority on Martinus, Danish visionary and mystic, author of 5 spiritual books and 2 hiking books, passionate hiker and vegetarian.