The Concept of Sin Revisited 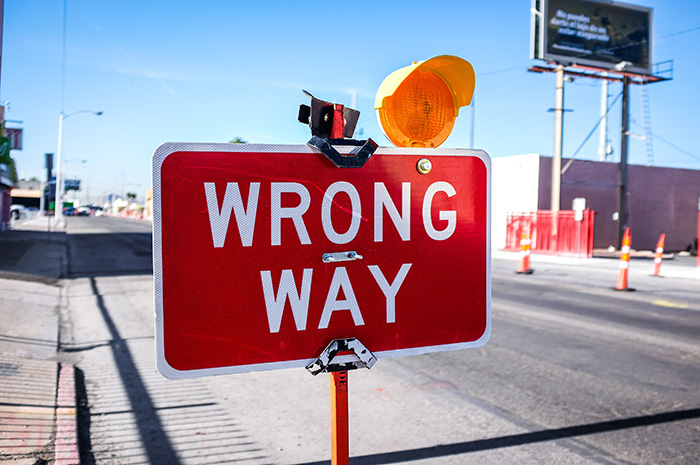 Those of us who grew up in the Christian tradition have heard a lot about ´sinning´. We have been told that we must not sin, that there are 7 deadly sins and that we will go straight to hell after death if we sin. As we have all ´sinned´ quite a lot, we were told that we would get forgiveness from those sins, if we confessed what we had done in front of a priest. He would then grant us a ´forgiveness of sin´ if we regretted our acts. We were also told, that Jesus died on the cross to atone for our sins.

Can we ´sin´ in a cosmic sense?

But is it at all possible to sin in a cosmic sense? No, says Martinus, the Danish mystic and visionary. In a cosmic sense there is no sin. Why not? Because we cannot help ´sinning´ or making mistakes. In most cases the ´sins´ we committed were acts we did in order to satisfy our normal, healthy, organic needs. We did not ´sin´ because we were evil or bad. We ´sinned´ because we had to in order to survive. Our many lives on the physical plane are one huge process of learning. When we enter the human stage, and begin to walk on our hind legs, we are not very knowledgeable about the world. Through thousands of incarnations and millions of years of evolution, we become more and more knowledgeable. We can only learn through our mistakes, and the more mistakes we make, the wiser we become. It is no sin to be ignorant and nobody can act according to an experience, he still has not had.

As we live life after life, more and more wisdom is ´sewn´ into our mental ´make up´ and as we evolve away from the animal state, we become more and more humanitarian and all-loving. The process from animal to evolved, all loving human being takes thousands and thousands of incarnations, and during this accumulation of experience, the only way to become wiser is to ´sin´. So, in a cosmic sense, there is no sin. We cannot sin, we can only make mistakes through which we eventually attain wisdom and humanitarianism.

The Law of Karma

This reaping of wisdom is so cleverly ´arranged´ that we reap as we sow. When we have ´sinned´ or acted in unloving or brutal ways towards our neighbour, then we have sown a seed that will come back to our own life as fate. What we do to others, we eventually do to ourselves. There is no straight line in the universe, so all the energy that we send out, will eventually return to its place of origin, us. And it will return in the same shape as it was sent out. A hateful energy will return as a hateful energy and a loving energy will return as a loving energy.  In that way, we are all responsible for our fate.
[spacer height=”20px”]

When the dark karmic wave of energy returns to us, we will be at the receiving end of the same act that we once committed towards our fellow beings. If it was a murder we committed, we will be murdered, if we were brutal and harmful, we will be harmed and treated with brutality, and if we stole, we will be stolen from etc. Being murdered, beaten up or stolen from is not at all pleasant, so we will most likely suffer from the return of the karmic wave.
[spacer height=”20px”]

But the ensuing suffering is not a punishment from an angry God, as it has been interpreted by some religions. It is a loving instruction. The sufferings are there to give us experience and wisdom about how things function in life. Sufferings are something much more elevated and divine than a mere punishment. Our sufferings are a process of initiation into the workings of the universe. It is us being taught the difference between right and wrong, between good and bad. When we have experienced the effects of our own unloving acts a number of times, we have become wiser. We will then know that what we did was not right, and we will eventually change our act. It is through our own sufferings that we become wiser, more humanitarian and all-loving. It is though our own sufferings that we eat from the Tree of Knowledge, that our souls are being ennobled.  When we have reaped enough experience through our sufferings to have evolved into real, all-loving human beings, we will then ´sin´ no more. But as our ´sinning´ is a result of ignorance and as it is no ´sin´ to be ignorant, there is no sin in a cosmic sense.  Everything that has been denominated as sinning is mistakes that we cannot avoid making on our way to wisdom.

The forgiveness of ´sin´

If we cannot sin in a cosmic sense, then there is no need for ´forgiveness of sin´. There is nothing to forgive. No, we do not need forgiveness in the normal sense, but we may want to know how to get away from the dark karma we have sown in former lives. There really IS a cosmic principle of forgiveness of ´sin´ or getting away from dark karma. We can avert dark karma, so that we do not have to reap everything we have sown in the past.
How does this work? It works with the law of attraction and the predominant thoughts in our consciousness.
Our predominant thoughts or mental set up are what decide the wavelength our aura operates on. This has something to do with the energies that our aura holds. Our consciousness ´sits´ in our aura, it is not restricted to the brain. The aura is a field of energy that vibrates on a specific wavelength. The wavelength is defined by the type of thoughts that are predominant in the consciousness. A consciousness that holds a lot of hatred, anger and desires for revenge will vibrate on a different wavelength than a consciousness that holds a lot of kindness, forgiveness and universal love. Each aura has its own wavelength depending on the type of thoughts that are predominant in the consciousness of the person. It is this wavelength that defines what we attract from the universe, as energies on similar wavelengths attract each other according to the law of attraction.

An act that we once committed and the energy wave that goes with it can be a long time travelling through the universe. It may well be so that an act we committed in a former life will only come back and affect us in a later life. This depends on circumstances. If we killed a man in a former incarnation this means, in principle, that one day a man will come and kill us, because what we do to others, we do to ourselves. But the killing may well happen in a later life than the one in which we committed the act of killing.

If we, in the intervening years, have changed our act and have realized that all acts of killing are wrong, if we really in our hearts have understood that all life is sacred and that no one should take the life of another living being, be it a human or an animal, then the vibration of our thought sphere will have changed. Our aura will have a different composition of wavelengths than it had, when we were still able to kill. Its whole vibration will have changed. Then what happens?

When the old karmic wave of killing returns to its origin, it will not be let into the aura. It cannot be let in, because the now loving wavelength of the aura and the hateful wavelength of the karmic wave are too different. When the old killing wave returns, it will find a closed ´door´. The wavelength of the old act of killing and that of the all-loving thoughts that now predominate the aura, are simply too different. As energies on dissimilar wavelengths reject each other, a rejection will take place. The old energy wave will simply dissolve at the ´front door´ of the aura, and the act the person once committed will never affect the person. Even though he once killed a man, he will not have to ´repay´ this killing with his own life. His ´sin´ has been forgiven.

Now, why is that? It is because karma is not a punishment, it is a loving instruction. Once we, with our behaviour and our acts, have demonstrated that we are no longer killers, indeed that we have repented that we were once able to kill, then no more instruction is needed. We do not need to be overtaught by the universe. Once it is clear that we have become all-loving human beings who could not hurt a fly, then we are free from our old dark karma. In this way we have achieved a real ´forgiveness of sin´.

So, it seems like a good idea to work on our own ´ennoblement´. When we see sides to our own behaviour that are not pretty, then it would be beneficial to our own future fate, if we worked on improving our ´act´. We can all consciously work on improving our behaviour and especially when we stop eating meat, we take a huge step towards a much lighter karmic future. The universe does not distinguish between a life of a human being and a life of an animal. All life is sacred and must be protected. As long as we eat meat, we are accomplices in the killing of the animals, even though we do not kill the animal ourselves. And all killing will be returned by killing, until we change and become all-loving.

The best thing we can do to have a happy future without suffering is to never participate in killing or harming any other living being.  When our aura is filled with thoughts of universal love and we can demonstrate this love in our acts and behaviour, then the old dark karma will be erased from our ´account books´ and our future will be bright and beautiful.